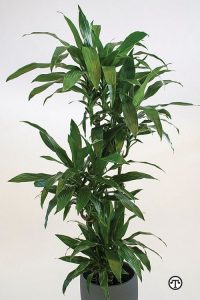 (NAPSI)—According to the Centers for Disease Control and Prevention (CDC), a growing body of scientific evidence suggests the air quality within homes and other buildings can be seriously more polluted than outdoor air, even in the largest and most industrialized cities. But there’s an easy way to protect yourself and your family.

Research indicates people spend approximately 90 percent of their time indoors. Thus, for many, the risks to one’s health from exposure to indoor air pollution may be greater than the risk from outdoor air pollution.

In addition, the CDC says, people most exposed to indoor air pollutants are often those most susceptible to their effects. Such groups include the young, the elderly and the chronically ill, especially those suffering from respiratory or cardiovascular diseases.

When it comes to keeping your air breathable at home and at work, it really is rocket science. According to NASA researchers studying what it would take for humans to travel to other planets, you need at least one indoor plant for every 100 square feet. Plants naturally filter the air of chemicals and other toxins linked to health problems, such as headaches and eye irritation. For example, every 24 hours, plants remove up to 87 percent of indoor volatile organic compounds (VOCs) that otherwise tend to get trapped inside today’s airtight, climate-controlled buildings. NASA’s research found plants purify the trapped air by pulling contaminants into the soil, where microorganisms convert VOCs into food for the plant.

One NASA researcher, Dr. B. C. Wolverton, even went so far as to list the 50 plants best suited to purify your personal space. Lucky for lovers of the lush and lovely, 11 of these come from Hawaii. Hawaiian-grown, premium-quality tropical potted foliage and flowers offer an “Aloha Advantage”: They not only provide a beautiful, picturesque piece of paradise, but Hawaiian-grown plants also tend to be very difficult to kill and, therefore, require less overall maintenance and replacement costs. This is probably one of the main reasons designers throughout the nation choose Hawaiian plants so often.

These and other hearty, pretty Hawaiian plants are available at major box stores and retailers such as Home Depot, Lowe’s and Costco, and nearby nurseries and garden centers. To ensure you’re purchasing a Hawaiian-grown plant, look for the unique lava rock soil, which is a main differentiator and reason these plants thrive and grow so healthfully.

Houseplants have also been shown to help your health, wealth and happiness in other ways. Researchers at Kansas State University found people in hospital rooms with plants request less pain medication, have lower heart rates and blood pressure, experience less fatigue and anxiety, and were released from the hospital sooner compared to people in rooms without plants.

A Dutch study also discovered adding plants to the workplace decreases fatigue, colds, headaches, coughs, sore throats and flulike symptoms, which was further confirmed by the Agricultural University of Norway. England’s Royal Agricultural University found that students were 70 percent more attentive when there are plants in the classroom.

Share
Previous Ten Tips For Happiness
Next Should You Stay In Your Home Or Move During Retirement? 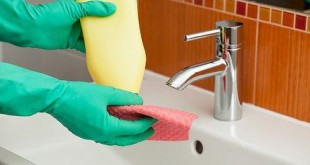 Some of us remember a time when our mothers or grandmas spent many days organizing and executing a ritual long forgotten, called “Spring Cleaning.”

Powered by WordPress | Designed by Tielabs
© Copyright 2021, All Rights Reserved